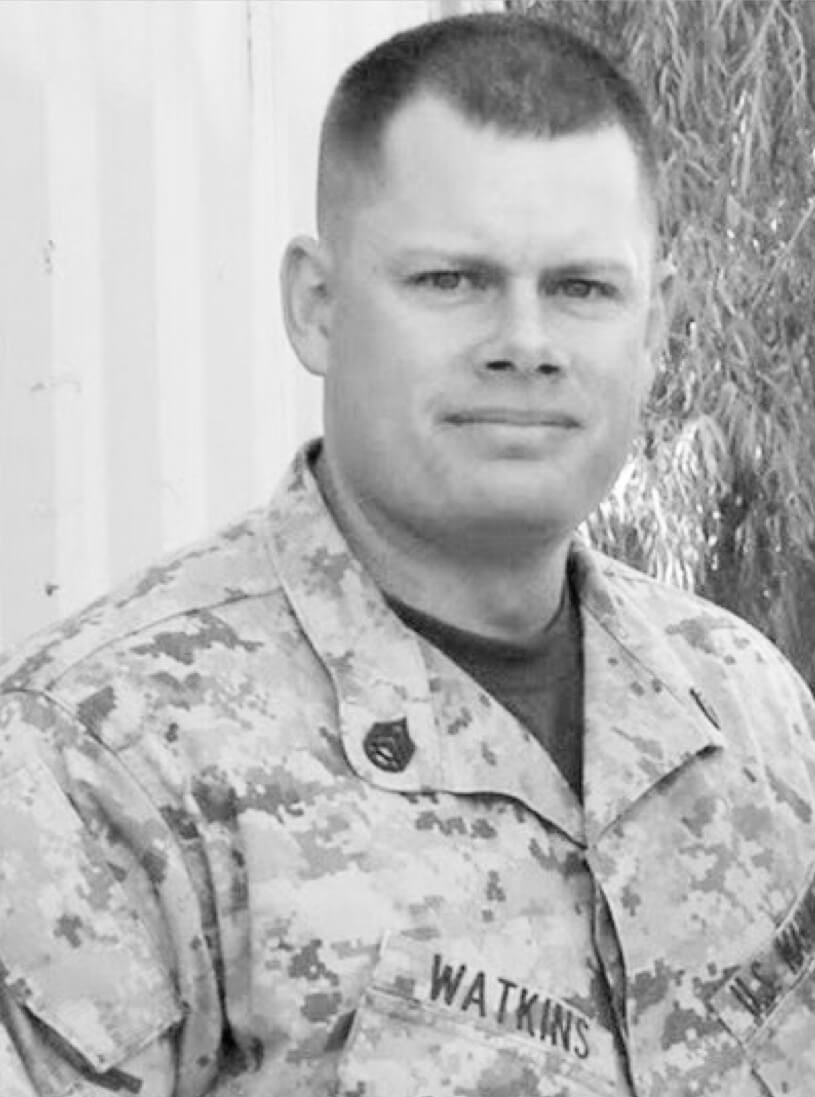 From The Voice Of A Hero

I went to Iraq in 2004 and had a hard time adjusting when we got back home. I was having nightmares and flashes of rage. I didn’t understand it. I went back to Iraq in 2006 and again came home with similar issues. Only this time I turned to drinking as a coping tool. I got out of the Marines for a little only to go right back in and find myself back at war. I almost gravitated to it.

Fast forward to 2011 and I get out to join the DIA. In 2014 I finally caved and went to get the help. I thought I needed help. I went through the VA. I got an appointment to see their Doctor and she all but said there was nothing wrong. Her words, “you are holding a job, you are doing wonderful in school, and you aren’t doing drugs or getting arrested.” So that was the criteria for PTSD. I didn’t check any of those, so I must be fine.

I deployed again in 2012 and my anger came back worse. I just thought it was me because I had already seen a Doctor. I finally went to a civilian Doctor and paid out of my own pocket. It helped at times, but I thought there was something wrong with me inside - not PTSD related. My anger sparks started to lose friends. I lost my temper and I would lose another friend. My anger then turned to my family. I would explode and break whatever was around. I finally got on medication because it was cheaper than replacing household items.

Meds helped, but only a little. The biggest thing they did was helped me realize I was getting angry and I could then remove myself from the conversation/situation. But it only worked so well. I broke less things, but it did "cure" me. Because the VA said things were good, I was finding different ways to medicate myself as well. I would use the gym - not in a healthy way. I would go until I was just too tired to go. My nightmares became worse and more violent. I had a nightmare so bad that I broke teeth from biting down. Every time I would have a nightmare, it would take days to get me back to sleep. I would avoid sleep at all costs. In 2016, I decided to get my MBA because I knew that would distract me from life. I still maintained my drinking, but I had a new way to cope. I would study until I was too tired and then go to bed.

In 2018 the DIA needed someone to deploy and I decided why not. I had zero business going. I was not mentally stable to deploy. I got into country and the first night I was there a soldier died and there was a ramp ceremony for him. I immediately realized I had made a huge mistake and I was going to struggle a lot during my deployment. I was right. When I got home, I went right to the bottle. I was drinking the 750ml bottles a night. I was drinking so much that the liquor quit selling to me. He told me that I needed help and his only recourse was to stop selling to me. It didn’t matter... I just drove to other ones. I was tired. I was tired of drinking to sleep. I was tired of feeling like shit the next day. I was tired of seeing the person in the mirror. At that point, I was just self-destructing, and I was doing it on purpose. I almost wanted to fail. I had remarried and even she couldn’t take it anymore. When she left.... that was it for me. I lost friends, I lost two marriages now, and I hated me as a person. I had zero reason to live. I had zero desire to keep going.

A friend realized I was done and waving the white flag and called the crisis hotline. I was picked up by the police and taken to the VA. I spent a week there. I was upset. I voiced my opinion there. I told them that they turned me away and now they want me to trust them? Where were they when I reached out for help the first time? Following my week in the mental health hospital, I started to do PTSD treatment. I was getting better and more positive things started to happen to me. Then all the sudden I fell down again and reverted back to the old me. Unhappy, angry, and back to drinking. A few weeks ago I was at the Bucs game and a drunk idiot cut in line to go to the bathroom.

It wouldn’t of bothered me, but he cut in line to use the handicap stall. What enraged me was he pushed a triple amputee out of the way. I didn’t know for sure he was a veteran, but I could pretty much guess it was do to the injuries. I waited for the drunk to come out of the stall and I blacked out for a second. I had never been so infuriated. Once I was able to process what I was doing... I jumped off him. People witnessed the whole thing and circled me so I could safely get out of the stadium without being arrested. I am not a "dangerous" person. I don’t look for fights. I will walk away from them in most cases, but there is a part of me that reverts back to protecting those that cannot protect themselves. Needless to say, I am back in the PTSD program today and I am trying to get back to a "normal" life again. Its a very, very upsetting return of events for me.

A lot of it has to do with my mind. I feel like I am a reject and I don’t belong in society. I don’t have normal rational thoughts. I hate it and therefore I hate myself. I have learned to cope with it better these days. But I don’t believe I will ever "be better," I just need to understand that this is my new norm and I need to go from here.